Amazing how this kiddo, even as she gets bigger and fancier and stronger, still strikes the same poses when she's nursing as she did as a teensy newborn. Posted by Katura at 8:08 AM No comments:

Fractals, Points of View, and the Ghosts of Warehouses Past 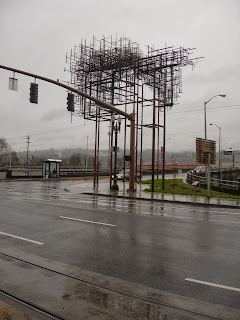 There are some newish art installations along SE Grand Ave here in Portland which I've been enjoying every time I go by. 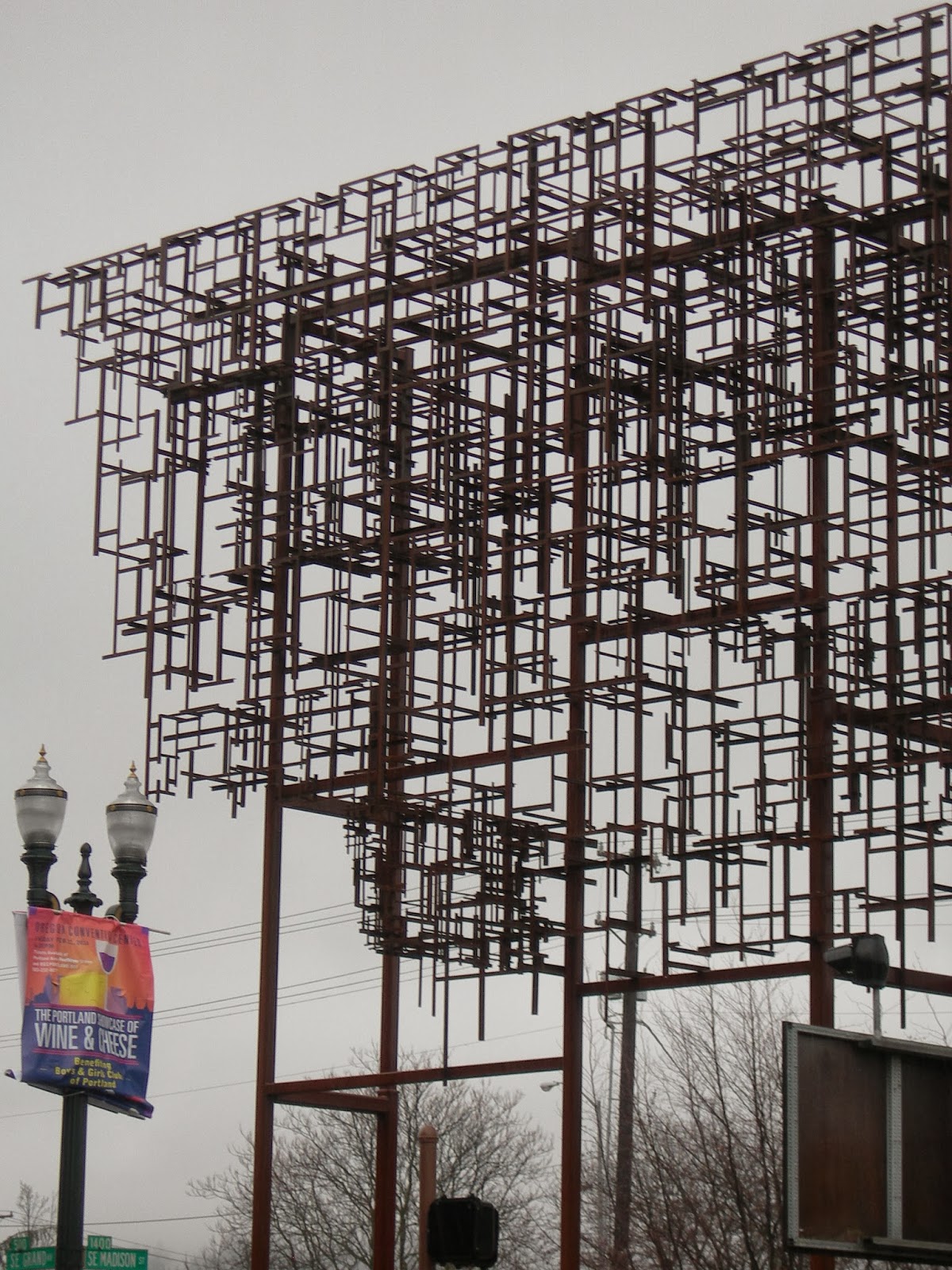 My impressions of them are mostly that they are an interesting experiment with fractal structures, much like how the bare branches and increasingly smaller twigs of winter trees make patterns against the sky. Of course, the metal rods being arranged at right angles give them a vaguely architectural air as well. 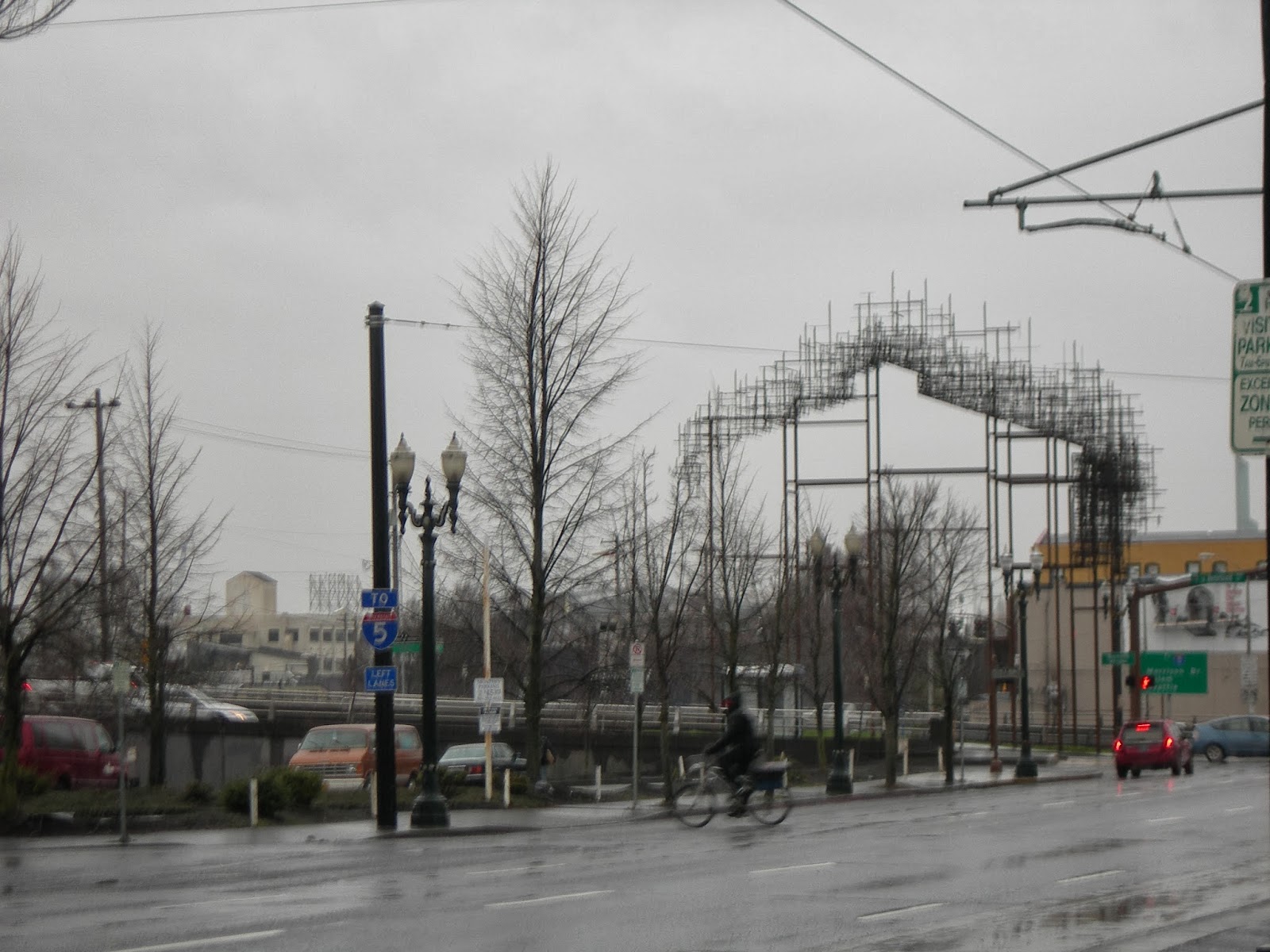 But when I was headed to this weekend's sketchcrawl this weekend--on foot in the steady rain, having missed the streetcar by a mere 30 seconds--I suddenly saw these sculptures from an entirely new angle. Wait--is that the shape of a building appearing out of what I had always just seen as abstract lines in a playful tangle? 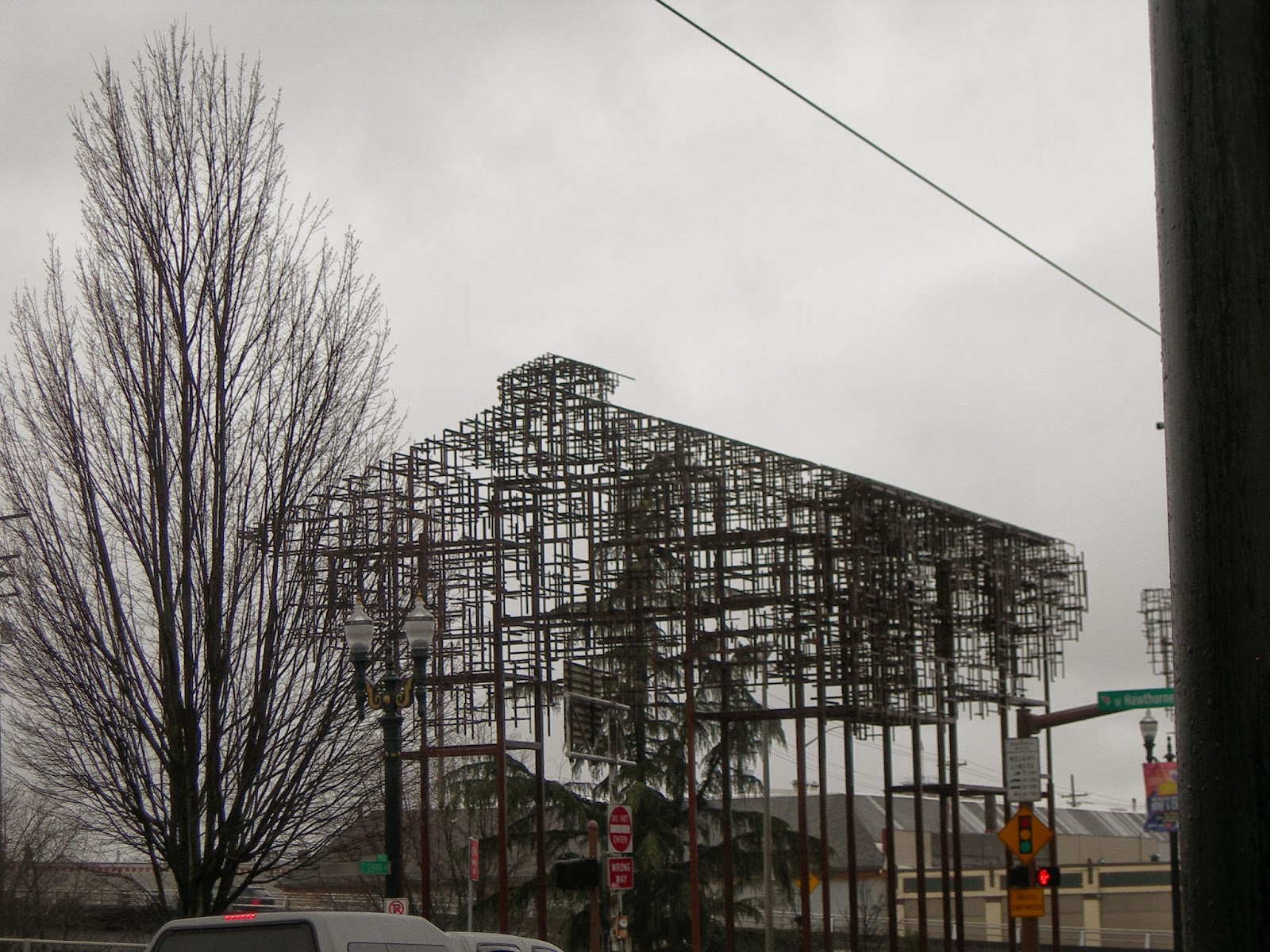 And, look, it's there in the other one as well! A burst of internet research reveals that artists Annie Han and Daniel Mihalyo were specifically invoking the "ghosts" of old industrial buildings that once stood in this area of the city (an industrial district that's steadily converting to juice bars and yoga studios.)

Browsing further on teh interwebs, I also found images of their installation titled "Non-Sign II," which immediately brought to mind that delightful Talking Heads song:


"There was a shopping mall
Now it's all covered with flowers
(you've got it, you've got it)
If this is paradise
I wish I had a lawnmower..."